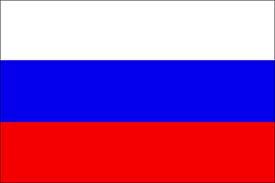 
The Crisis Management Center held a meeting to discuss preparing for spring risks. It was attended by employees of the Emergency Ministry’s Stavropol Territory Directorate and representatives of the local executive authorities.

The region is actively taking preventive measures by controlling bodies of water at 24 gauging stations and services of large reservoirs. More than 16 interagency task forces have been set up for the job. More than 13 thousand people and over 3 thousand units of equipment of the Stavropol Territory functional and territorial subsystems of the SSDMS are going to work during the flood season.


Mr. Kadadov got more familiar with the operation of the call center of the Stavropol Territory’s 112 emergency call system and checked preparedness of forces and facilities of the Stavropol Territory functional and territorial subsystems. Personnel of the Crisis Management Center demonstrated how hotspots are located in the region using information resources. Every day, the Center gets satellite pictures from the Emergency Ministry’s National Crisis Management Center.