23 Giugno 2016 alle 10:11 EUROPEAN COMMISSION (EC) Protezione Civile » Notizie area UE
The European Commission is launching today an Action Plan to promote disaster risk reduction and its integration in EU policies. A year ago, under the leadership of EU Commissioner for Humanitarian Aid and Crisis Management Christos Stylianides, the EU played a key role in the negotiations of a new international framework for disaster risk reduction, adopted at the United Nations World Conference on Disaster Risk Reduction in Sendai, Japan.

To contribute to its successful implementation, the European Commission has developed an action plan which will translate the Sendai priorities into EU policies.

"The Sendai framework sets the world on a clear path for enhanced disaster resilience. 2016 needs to be the year of delivery. It is now our collective responsibility to implement Sendai and match words with practical actions. This Action Plan is an opportunity to take forward our disaster risk management agenda and reinforce our efforts to increase resilience to disasters within the EU and outside," said EU Commissioner for Humanitarian Aid and Crisis Management Christos Stylianides.


The Action Plan, covering a five-year period, is the basis for a disaster-risk-informed approach to policy making. Through an all-of-society engagement, the Plan proposes concrete activities on risk knowledge, risk investments, disaster preparedness and resilience, thereby reinforcing the EU priorities of competitiveness, research and innovation and supporting resilient sustainable development worldwide. The projects supported by the Plan will create synergies between disaster risk reduction and climate change strategies, and strengthen capacities of cities in addressing disaster risks, among others.


The European Commission will work closely with stakeholders, including EU Member States, civil society and the private sector to implement the Plan. Read more about the Sendai Framework for Disaster Risk Reduction. 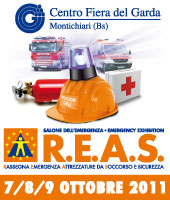