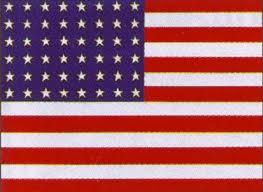 04 Marzo 2017 alle 14:42 Robert Glasser, Head of the United Nations OFfice for Disaster Risk Reduction Protezione Civile » Notizie dal Mondo
The Oroville Dam’s structural weakness and the forced evacuation of 200,000 people living in its shadow has seen renewed interest in President Trump’s campaign promise to invest in resilient infrastructure across the United States. The White House spokesperson, Sean Spicer, raised the issue last week when he said the Oroville dam situation “is a text book example of why we need to pursue a major infrastructure package in Congress. Dams, bridges, roads and all ports around the country have fallen into disrepair.


“In order to prevent the next disaster we will pursue the President’s vision for an overhaul of our nation’s crumbling infrastructure.”


Mr. Spicer and President Trump have tapped into one of the key priorities identified by UN Member States two years ago when they adopted a new framework agreement which sets global targets for reducing disaster losses including deaths, numbers of disaster affected people and damage to critical infrastructure,


Preventing the next disaster is at the heart of the Sendai Framework for Disaster Risk Reduction which was negotiated with the participation of the United States and other UN Member States, and enthusiastically welcomed into being by the Japanese Prime Minster, Mr. Shinzo Abe, who recently visited President Trump.


Two years ago, Prime Minister Abe, unveiled a package of support for the development of disaster-proof infrastructure valued at US$4 billion, and said: “Disaster risk reduction is the most important challenge for both developed and developing countries. For developing countries in particular, where 90% of disaster victims are concentrated.”


There is growing support for the idea that resilience has to be embedded in the business planning for new cities and towns as never before, given the plethora of risks which rapid urbanization and population growth in disaster-prone parts of the world can bring in their wake.


The Oroville dam, the highest dam in the United States, represented the pinnacle of engineering innovation when it was constructed 60 years ago but recent events have shown that climate variability and a violent swing from drought to floods can put even such a vaunted structure under formidable pressure and place at risk the lives, homes and livelihoods of people living nearby.


It emphasizes once again how hazards no longer come in simple natural guises such as storms and earthquakes but are often embedded in the very technology and structures we depend on for daily survival.