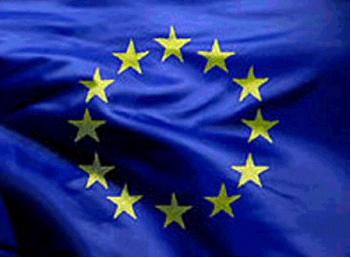 It aims to help all player enhance their understanding of the risks faced by cultural sites, as well as the potential impact on related economic activities and social cohesion. It also offers a tool to support risk-sensitive decisions when developing and implementing disaster reduction strategies, as well as for identifying tailored actions and investments to improve both prevention and resilience capacities.


Financed by the European Commission – the executive body of the 28-nation European Union – ResCult tallies with the principles set down in the Sendai Framework for Disaster Risk Reduction, the Paris Agreement on climate change and the 2030 Agenda on Sustainable Development which were adopted by the international community in 2015.


The Sendai Framework and the other agreements recognise the value not simply of preserving cultural heritage but also its broad economic and social value. They call for the protection against hazards of institutions such as museums and foundations, as well as sites of historical, cultural and religious interest.


“Cultural heritage is synonymous with cultural identity and job opportunities, both of which are crucial for survival of local communities, as demonstrated by the earthquakes affecting central Italy over the years. The results of the ResCult project will be an important contribution to improve resilience of cultural heritage sites and their host communities," said Mr. Fabrizio Curcio, head of the Italian Civil Protection Department.


In addition to the direct impact on heritage, a disaster can all too easily have indirect economic losses due to a fall in tourism, have knock-on effects on an area’s sustainable development, and, when a site is heavily damaged or destroyed, can undermine a community’s sense of identity.


In the European Union, tourism accounts for 10 percent of Gross Domestic Product and 12 percent of employment. In countries, such as Italy, and cities, like Venice, these figures are multiplied several times and represent a major share of the local and national economy.


“Cultural heritage is a distinctive feature of humankind, in respect to the other inhabitants of Planet Earth. It is as important as it is fragile. Normally, it should increase at each generation, as we should be able to build on what has been given us by our parents,” said Mr. Pierpaolo Campostrini, the Attorney of Basilica San Marco, one of the most iconic sites in Venice.


“However, it can be damaged and even fully lost in a few dramatic events triggered by natural or man-made hazards, which are able to make the present generation poorer than the previous. In European history, peoples were able to build in peace and to destroy during wars many times. In this third millennium, natural hazards like earthquakes are still able to cause not only heavy losses of life, but also permanent damage to cultural heritage, despite the increased economic value given to them by the tourism economy,” he added.


The destruction of the Basilica San Benedetto in the town of Norcia was emblematic of the cultural heritage impacts of the series of earthquakes in central Italy in 2016.


Total damage in last year’s earthquakes was put at 23.53 billion euros – 541 million euros of it made up by direct impacts on heritage sites. The Italian Civil Protection Department applied for support from the European Union Solidarity Fund (EUSF), set up in 2002 to assist member states when large-scale disasters occur.


Italy is set to get one billion euros from EUSF coffers, with the first tranche of 30 million euros already having been disbursed. 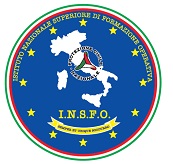