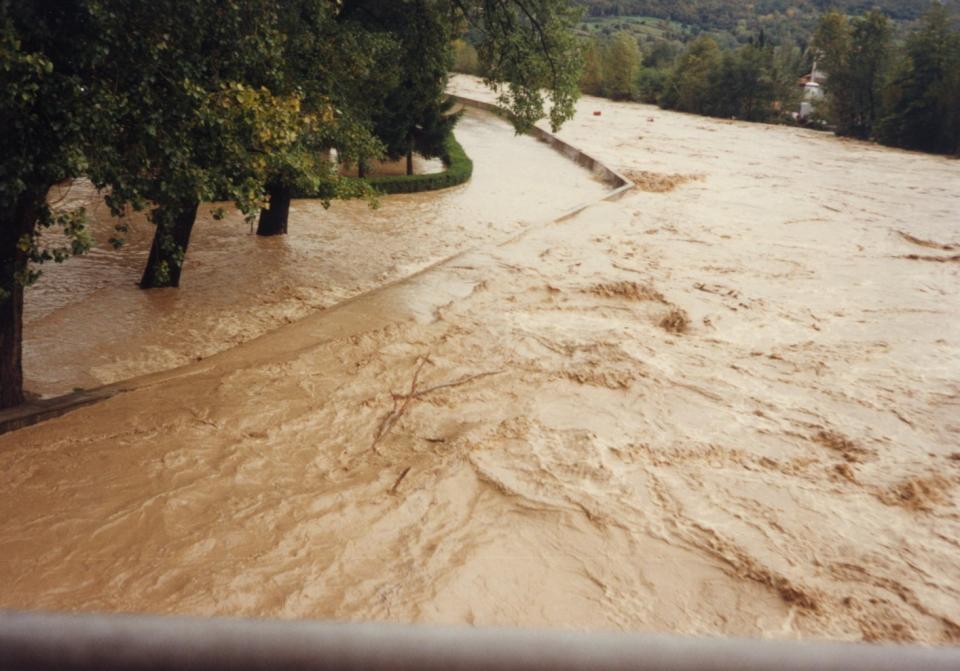 02 Marzo 2017 alle 09:47 UNIVERSITY OF COLOGNE (UOC) Protezione Civile » Notizie area UE
What can we learn from studying people's flood memories? And how do these memories relate to resilience? A while ago, I had the opportunity to participate in a workshop at Northumbria University, UK, dedicated to “Concepts and Practices of Flood Management in the UK; Vietnam and the Global South”. Organised by political scientist Oliver Hensengerth, and sponsored by the British Academy’s Newton Fund, it brought together a number of people who spoke about different approaches to living with floods from different places in the world, particularly Vietnam and the UK. The juxtaposition of experiences from these two rather different places was in itself interesting, as were a lot of the other things we heard and discussed, including the additional challenges to water management that come with successful flood control in the Mekong Delta (as people get used to dry land, and as sedimentation decreases with controlled irrigation), or the ideas about knowledge and community that guide the flood risk management policy of the UK Environment Agency.


Oliver had invited me because of my previous work in an ESRC UK funded project on “Sustainable Flood Memories”. This gave me a wonderful opportunity to reflect on what our own assumptions about floods and people had been in the project, and what I learned while collecting and analysing the empirical material for the project. What follows is based on the notes for my presentation at the workshop. The take-home message is that memories of floods matter, but not necessarily as straightforward drivers of adaptation or resilience. Rather, flood memories point to the politics and dynamisms involved in flood risk and flood experience, and they provide crucial means of making sense of a volatile world.


Let’s begin with some background on the research project: “Sustainable flood memories and the development of community resilience to future flood risk: a comparative study of three recently flooded communities” ran from 2011 to 2013 and explored the ways flooding is remembered and forgotten on the lower River Severn in Gloucestershire. This area is known for frequent flooding, as well as some exceptional floods, for instance in 1947 and 2007. The project aimed to develop the concept of sustainable flood memories as both an analytic term and a model to strengthen community flood resilience. As analytic, the concept was to subsume the manifold ways in which flooding is remembered and flood memories are passed on within and between communities. Such memories – in the form of stories, flood markers, images, video clips and ‘local knowledge’ – would include not only information about possible flood extent and potential disruptions, but also about ways of dealing with floods, including how to move about, protect vulnerable people, safeguard livestock, minimise damage on property and keep supplied in food and drink. Accordingly, sustainable flood memories would also serve as flood resilience model through documenting and propagating ways of remembering and passing on existing flood knowledges and ways of coping with floods.


As we soon found out, however, ways of remembering and coping with floods in the communities we worked with were rather different than we had imagined. In fact, the very idea of community that had informed the project design turned out to be a gross simplification. People who lived in proximity and in what on the map looked like contiguous places did quite often not feel any sense of community at all with their neighbours and fellow inhabitants of a particular village or part of town. Of course, the people we spoke with did feel part of various communities – residential, kin-based, religious, sports related, work-wise, or indeed through flood resilience groups – but these were not necessarily congruous with the administrative units that we had identified on the map. Also, it became clear that community not only has a spatial extent, but is also thoroughly temporal: many people remembered that during and after the last severe floods, there had been a strong sense of community, both in terms of a feeling of belonging and concrete activities of helping each other and running joint activities. Neighbours who had never spoken to each other got into contact, and long-established animosities were forgotten when the water rose and disrupted normal life. Soon after the flood had receded, however, the sense of community was waning, too, in many instances. Some initiatives have since tried to keep up some aspects of these communities, but by the time we conducted interviews in 2011 and 2012, four to five years after the previous large flood in the area, these groups seemed to be mere shadows of their former selves.


While we had to therefore thoroughly rethink our idea of community, we also noted that people’s memory practices did not necessarily match with the project design’s expectations. Remembering, as any memory studies scholar knows, is not so much about representing historic facts, as it is about telling a story in the present. This means that the essence of memory lies in the context of its remembering, the current projects of the person remembering, the particular audience and other factors. When we recorded people’s flood memories, we therefore heard their reflections on past events from their present situation, personally, emotionally, financially, life cycle wise, and of course in relation to an outside interviewer employed at a local research institute. This is not to say that some memories are more pure, or real, and others more tainted, or inflected. It means, on the contrary, that the power of memories emanates exactly from the situatedness of their contents; they are statements in the present and about the present, through recourse to the past. They are not made up, but made anew in each instance of remembering and retelling. In this way, memories are also future-oriented: by incorporating a particular narrative of events and reasoning, they reflect a particular vision of a desirable or even inevitable future, which logically follows from these past events. For these reasons, however, memories are also of rather little use as ‘data’ for learning from the past for a more resilient future. They connect past, present and future in specific, narrative ways, not according to the decontextualised logic of models and knowledge transfers.