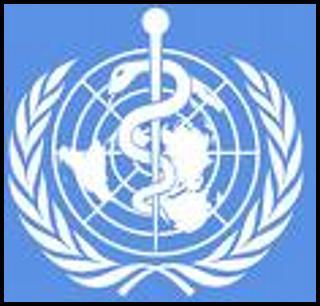 13 Settembre 2016 alle 12:58 WORLD HEALTH ORGANIZATION - REGIONAL OFFICE FOR EUROPE (WHO - EUROPE) Protezione Civile » Emergenze
Effective coordination among health facilities and front-line responders has been crucial to saving lives in the aftermath of the earthquake that hit central Italy on 24 August 2016. This affirms the critical importance of preparedness and coordination for disaster response.

Hospital disaster response plan activated within 30 minutes of earthquake
The devastation resulting from the earthquake in Accumoli and Amatrice, in Italy’s Lazio region, quickly revealed the scale of the disaster to rescuers and volunteers rushing to the affected areas.


The official numbers shared by the Italian Civil Protection Department account for more than 2500 people displaced and almost 300 killed. In addition, approximately 400 patients received or are currently receiving care in different hospitals in Lazio and neighbouring regions. When the earthquake struck at 03:36 on 24 August 2016, the smaller health facilities in the epicentre were damaged and the patients evacuated. Just over 20 minutes later, however, nearby hospitals had already activated their disaster response plans and were ready to assist the injured.


“At 4 am the hospital’s Mass Casualties Emergency Plan had already been put in place, with all medical and non-medical personnel ready to receive patients”, explained Dr Micolucci and Dr Valenti, directors of Medical Services and the Emergency Room, respectively, at San Salvatore hospital in L’Aquila, 50 km away from the epicentre. Once operations started, hospitals communicated their bed and medical staff capacity to the front-line responders at regular intervals, so that those in need could be promptly transported and treated.


Specialized health care ensured
A central operation unit was in charge of directing the ambulances to the different health facilities based on the type and severity of each victim’s injuries. “Those injured were not sent to the closest health facility available, but to the closest facility able to offer specialized health care”, added Dr Valenti. In particular, patients in the most serious conditions were transported by ambulance and helicopter to specialized hospitals, and medical and surgical staff and equipment were transported to affected areas from larger health facilities.


Coordinators constantly monitored the availability of beds in different provinces to keep a clear picture of the health services available as the situation evolved in the hours after the earthquake.


Italy’s health response: good practice during natural disasters
“Italy’s health response shows what can be done to save as many lives as possible in an earthquake. When disaster response plans are established and activated early, when patients are triaged so that treatment is specific and effective, when hospital facilities are coordinated, it means that you are doing a lot in the aftermath of a tragedy to save your people”, says Dr Dorit Nitzan, Emergency Health Coordinator at WHO/Europe. “Investing in disaster preparedness and effective coordination pays off when nature strikes.”


WHO/Europe calls on all Member States to scale up health emergency plans and reinforce existing capacities to manage risks from natural disasters. Through its new Health Emergencies Programme, it aims to better support them to do so, and to provide relief and assist recovery for those affected.