03 Settembre 2016 alle 11:04 INSIDE CLIMATE NEWS - Kendra Pierre-Louis Protezione Civile » Notizie dal Mondo
With no ocean coastline, Vermont might have seemed an unlikely candidate to be devastated by a hurricane five years ago, and to most, Irene was an entirely forgettable storm. Its memory is eclipsed for many by Sandy, which followed a year later. Irene was actually only a hurricane for a brief stretch over distant North Carolina. Its winds dwindled once it made landfall. But while winds and storm surge make hurricanes so telegenic, what made this one so destructive was rain.

Irene dumped as much as 11 inches of rain on parts of Vermont, and caused $733 million in damage. In all, it checked in at $14.3 billion, the sixth-costliest hurricane in American history.

It turns out, Vermont wasn't that unlikely a candidate for all that damage. And residents of the Green Mountain State, crisscrossed by rivers and streams, have a lot to worry about in the future.


After Irene swept through, Vermont set about understanding the devastation and working toward resilience. The state passed legislation increasing government's role in flood response, and launched a series of websites, including Flood Ready Vermont and Vermont Climate Assessment, to make residents aware of its programs. Some municipalities have bought out homeowners in the worst devastation zones, in order to prevent future damage. Roads and bridges have been rebuilt to withstand future floods. The state's largest utility, Green Mountain Power, said it is working toward decentralizing its grid to make power outages easier to contain and easier to recover from. 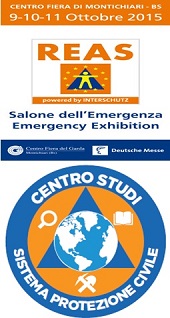