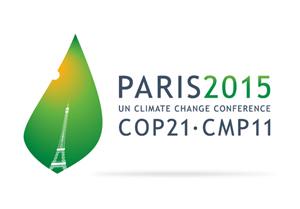 07 Gennaio 2016 alle 09:52 UNITED NATIONS NEWS CENTRE (UNNC) Ambiente » Annunci ed Eventi
A new stage in the development of a final agreement on climate change to limit global temperature rise to below two degrees Celsius or less has been reached today, according to the United Nations Assistant Secretary-General on Climate Change.“All the delegations have received the documents, they’re reading them, they will be discussing the paper in their groups, and then there will be feedback provided to a new plenary organized this evening,” said Janos Pasztor in an interview with the UN News Service on the sidelines of the United Nations climate change conference (COP21).

“Presumably, they will be working on it all night, because there are still many brackets, and they need to be removed so we can find solutions to those issues,” he added.


Following a long night of negotiations, the President of COP21 today held a plenary session, to release the new version of the draft agreement to government representatives who will continue meeting to settle the last outstanding issues, in view of its intended adoption on Friday.


“I am convinced we will be able to find an agreement but to achieve this we need to join our forces, we need to unite our efforts, and we need to be guided by this need to achieve compromises,” Laurent Fabius, COP21 President and French Minister of Foreign Affairs, said during a meeting of the Paris Committee [Comité de Paris].


This Committee oversees the negotiations process and replaces the Durban Platform for Enhanced Action (ADP) established in 2011 at the 17th Conference of the Parties (COP17).


“The text that you will be receiving in a moment strives to reflect as faithfully as possible the compromises that are emerging,” Mr. Fabius explained. “The rule we have followed in all of this has been not to prejudge the resolution of the most political points contained therein, and to maintain a balance between the various options that remain open in the text.”


He called on delegates to continue discussions that will enable to reach a “legally binding agreement” that is also ambitious, balanced, durable and sustainable. However, he warned them this is not the final version of the document.


“In fact, it might still contain certain elements that are not quite precise yet or that are erroneously interpreted. Apologies in advance and we’ll seek to remedy that,” he said.


Compared to the last draft, this one is 29 pages rather than 43. There has also been a three quarters reduction in the number of points that are left in “square brackets.”


“That is substantially better of course, but it’s still too many,” the Minister insisted, noting the issues on which negotiators have almost completed their work, and for which the text is “clean.”


These include capacity building for mitigation and adaptation, adaptation to climate change impacts, issues of loss and damage, a transparency framework, and the development and transfer of technologies. Some initial progress has reportedly also been made on issues related to forests.


“Of course nothing is agreed until everything is agreed,” he stressed, reminding delegates that certain political issues still remain to be decided upon and will be subject to in depth discussions, namely differentiation, financing, and the level of ambition of the agreement.


“On these issues we have sought to put forward clearer options which I hope will have reflected the diversity of the positions that have been voiced, and it is on these issues in particular that I will ask you to scale up your consultations, to speedily come to compromise solutions,” he stressed.


Finally, he said the situation can be summarized as follows: “we’ve made progress but still a lot of work needs to be done.” He then gave delegates until 8:00pm today to study the document closely before reconvening in the same setting for further discussions.


Meanwhile, the United Nations Secretary-General is studying the document as he returns to COP21.


“He is reading the documents as we speak,” said Mr. Pasztor. “We will be advising him to engage with some of the countries and hear from them what their view is on the document, and strategize together with countries on what could be done to move the document forward.”