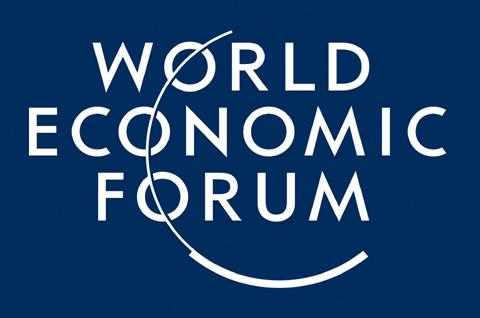 The World Economic Forum 2013 has spawned an impressive collection of reports that build a strong case for prompt and substantial action on climate change, development and sustainability. The Global Risks Report 2013 warns that stresses on economic and environmental systems are on a “collision course” that could pose “unprecedented challenges” to global and national resilience.

The Green Investment Report warns of the dangers of surpassing 2°C of warming and calls for investing US$700 billion per year until 2030 in energy efficiency, renewables, sustainable transport and more. And two external reports that aim to inform the WEF, Reducing Risk and Driving Business Value, from the Carbon Disclosure Project, and Energizing Global Growth, by Accenture, make compelling cases for addressing climate issues in supply chains and as a strategic response to consumer demands, respectively. These are not new messages; the International Energy Agency has called for massive investments to transform our energy systems; the World Bank last fall highlighted the potential consequences should we allow warming as high as 4°C. UN agencies, scientists and civil-society groups have long said similar things.We know what we have to do. In Davos, could those with real power start doing it? The WEF is an unusual gathering: led by business rather than the public sector, not intergovernmental but attended by top political leaders, it focuses on the economy, but broadly defined to include global politics and security, finance, trade, development, environment, health, education, gender, social responsibility, innovation and much more. Not a single session on this year’s public programme is devoted to climate change or sustainability in isolation; yet they’re bound to come up every day – when talking about the future of energy, global development, dealing with risks, how to create “economic dynamism”. And, of course, in tackling the key question in Davos: How do we build a robust global economy – one that doesn’t require financial parlour tricks, massive over-consumption, or gross socio-economic inequalities? Climate change has gotten short shrift in recent years because of a toxic misconception: that protecting the environment and climate system would imply net cost, a diversion of productive capital that weakens our economies rather than securing long-term development. Thus the modest commitments to climate finance, and the aversion to carbon taxes, cap-and-trade and regulations. In the wake of major disasters such as Hurricane Sandy in the U.S., policy-makers and business leaders have recognized that investing in adaptation and disaster risk reduction is, in fact, worthwhile. Yet denial is still rampant (see the fights in North Carolina, or even the Sandy relief package). And as my colleagues at the Stockholm Environment Institute warned in a recent policy brief, adaptation has limits; only prompt, aggressive mitigation can prevent the worst long-term impacts of climate change.
Climate action can’t wait until we have spare cash, or until green technologies are cheap. Neither can sustainable resource management – water, land and key materials are already becoming scarce. Plus, as the WEF reports eloquently argue, investing in these things will strengthen, not weaken our economies.

So what can public and private-sector leaders in Davos do?

For starters, stop fighting. If you believe that environmental changes are real and hamper development, don’t block policies to address them – whether they involve air-pollution limits, emissions caps, resource efficiency, carbon taxes, or zoning restrictions. The more widespread these policies are, the less they’ll hurt anyone’s bottom line, because competitors will be facing the same costs everywhere. And yes, someone will have to go first. Might it be you?

Second, stop blaming consumers. Yes, we all want cheap goods, and lots of them. But let’s not pretend that companies don’t shape demand as well. You choose your flagship products; you choose which market opportunities to pursue, and which to skip.

As Energizing Global Growth notes, one of the biggest consumer trends is conscientiousness; people increasingly care about sustainability. Another is Internet connectedness, a key element of the new “sharing economy”, which replaces material consumption with tech-enabled access to shared services and goods. Will you capitalize on these trends? Will you support consumers making the right choices?

Third, think longer-term. Investments in water and energy efficiency, renewables, pollution reduction and sustainable supply chains often pay for themselves within years, but may cost a lot upfront. If a corporation’s top priority is to keep shareholders happy, quarter to quarter, it’ll never do the right thing. That’s why Unilever, for example, stopped providing quarterly earnings guidance. Do you dare to follow such good examples?

Fourth – and this one is for policy-makers – don’t subsidize bad ideas. Sometimes markets work really well, such as when insurers decide that flood risks in a coastal area are too high to offer homeowners’ coverage. Of course it’s good to help people relocate after a storm, but don’t help them rebuild in a place that’s bound to be destroyed, over and over again. Can you be tough when you need to be?

Two decades ago, U.S. President George H.W. Bush was lambasted for declaring that “the American way of life is not up for negotiation”. Yet, honestly, very few of us living a life in plenty are really open to giving up our lifestyles. But it’s time to admit that we all have to give up something, at some point, or risk losing everything.

There is no silver bullet. We can only avert dangerous climate change, feed 10 billion people, and save our planet if we all do our part: the public and private sectors, the global North and the South. The evidence is on the table; we have mountains of reports. In Davos, those with power can commit to action – we expect them to.