05 Novembre 2011 alle 08:25 United Nations International Strategy for Disaster Reduction Secretariat (UNISDR) Protezione Civile » Resilienza
Turkey’s 23 October quake revealed that only 9 per cent of building owners were insured despite it being mandatory in the country’s municipal areas.  Turkey’s main earthquake insurance authority says the low figure comes from having too few people with insurance in the affected region, citing lack of awareness, people with incomes too low to purchase insurance, and lax enforcement. According to risk modelling firms, low levels of insurance use in Turkey is likely to place the cost of Sunday’s quake at $170 million to insurance companies – a small fraction of the $12 billion incurred after the New Zealand earthquake in February, and $22 billion after Japan’s combined earthquake and tsunami in March.


UNISDR, the UN’s disaster reduction office, says insurance, while not a cure-all, can soften the blow for people trying to bounce back from disaster. “Insurance is not a panacea,” said Andrew Maskrey, lead author of UNISDR’s Global Assessment Report for Disaster Risk Reduction, “but it helps individuals cope after suffering losses from a big earthquake or storm. However, if countries don’t invest in disaster risk reduction then insurance will not be affordable.” In rural Africa, where entire food crops can be destroyed by drought or flood, insurance could play a strong role in helping people recover. Yet take-up is extremely low because insurance is not the usual cultural practice, said Tricia Holly Davis, Director of Commercial Sustainability at Willis Re/Willis Research Network, a member of UNISDR’s private sector advisory group on disaster risk reduction. “Insurance could play a key part of any society’s ability to function in the face of extreme catastrophe. But how do you explain insurance to a society that has never used it?” said Ms. Davis, whose company is also a founding sponsor of the Global Earthquake Model, a project for modelling earthquake risk initiated by the Organization for Economic Co-operation and Development (OECD). But even in countries like Turkey and Japan, where the market for insurance is relatively mature, there are low penetration rates among individuals for building insurance, despite high public awareness about earthquake hazards. In California, USA, known for frequent tremblors, fewer than 12 per cent of homeowners had earthquake insurance. Ms. Davis said governments had a role in boosting community resilience through insurance. “There needs to be a lot more understanding about the level of responsibility and resources that governments have,” she said. “How do you get governments to budget for disaster risk reduction in national allocation plans? And as part of that, what role does insurance play? Through the UN platform we are able to have conversations with governments, to understand them better and, in turn, to help inform policy.” Turkish commercial enterprises, on the other hand, have invested heavily in business continuity services to protect their assets and manage operational risks to their businesses, said Mikdat Kadioglu, a professor at Istanbul Technical University and author of a recent country assessment report on disaster risk reduction. After two massive earthquakes struck northwestern Turkey in 1999, the country’s gross domestic product dropped (GDP) by 6.1%. Sunday’s earthquake, according to early estimates by the CEDIM Forensic Earthquake Analysis Group, may range from 10 to 25 per cent of provincial GDP. 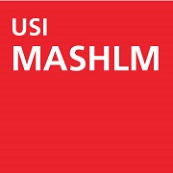