GRF launches project call in support of the Japanese people

04 Maggio 2011 alle 08:35 Global Risk Forum (GRF Davos) Protezione Civile » Bandi e gare d'appalto
The 9.0 magnitude earthquake that struck the east coast of Japan on 11 March 2011 unfolded into a successive disaster with devastating impacts. Nearly 15.000 people are confirmed dead, another 15.000 people are missing and plentiful destructions were caused by the Earthquake and the Tsunami followed by the failure of the Fukushima Nuclear Power Plants leading to massive contamination of the environment and forcing hundred thousands of people to leave their homes.The current situation in Japan calls for international support. Although there are already numerous activities to mitigate the impacts, reconstruct and recover from the disaster, more action is required to support the Japanese people in their struggle to recover from the current situation and be prepared for future events.

Donors have approached GRF Davos asking us if we would know about projects in the devastated areas of Japan which are necessary and worthwhile to be supported. GRF therefore has decided to launch a call for project proposals which will be evaluated and submitted to potential donors as a pre-selection for their own decision making process. Donors interested in pre-selected proposals might ask for additional information for a final decision according to their specific submission guidelines.

Framework and type of projects

Project proposals should support people at a community level in the devastated area and focus on recovery and reconstruction, but also on prevention and preparedness for future events. Projects should serve as many people as possible. Submissions may include projects that are under development, enlargements of existing ones, upgrades of existing systems and services, or that adapt existing concepts and techniques to different applications. Research and development proposals need to have a clear link to practical application. Proposals may be submitted by individuals, teams or institutions from all different sectors including SMEs or local governmental bodies.

Project proposals may vary in size, in number of institutions and people involved, in duration, etc. Most donors expect an in-kind contribution and/or additional source funds of minimum 45% of the total project costs which can go up to 2 Mio US$. For proposals with total project costs of less than 1 Mio US$, the donor’s commitment can rise up to 75%.

GRF Davos will constitute an international expert review group of maximum 7 members. The evaluation will be done in two steps.

Step 2: Donors might ask for additional information according to their project proposal procedure and make the final selection and decision.

Submission of proposals: electronically to japan@grforum.org 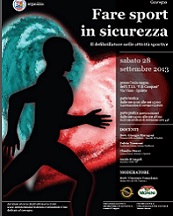