The Global Earthquake Model (GEM) is collaborative effort aimed at engaging a global community in the design, development and deployment of state-of-the-art models and tools for earthquake risk assessment worldwide.
Reliable risk assessment in GEM’s opinion includes assessment of both the social and the economic consequences of earthquakes beyond direct damage and loss, measured over space and time.

GEM comprises therefore a Social and Economic Impact Module, in addition to a Seismic Hazard and Seismic Vulnerability/Exposure Module. GEM currently invites international consortia, consisting of a combination of institutions / individuals with global representation and knowledge in the various domains touched upon, to respond to a Request for Proposals (RfP). The RfP calls for: 1) the development of a meta-model [blueprint] that defines rules and processes for inclusion of methods for assessing social and economic impacts of earthquakes, which are to form a toolbox for GEM’s risk assessment platform, and 2) the development of such methods (models, tools, indicators) for populating the toolbox.Proposals can be submitted until January 31st 2011, 23:59 CET. The target budget for the call is 750k Euros. Proposals will be subject to peer review, and will be selected by GEM’s Governing Board, with awards expected in April 2011. The RfP plus explanatory background document can be downloaded, as well as a guideline document for writing the proposal. 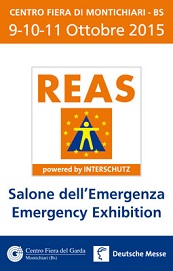