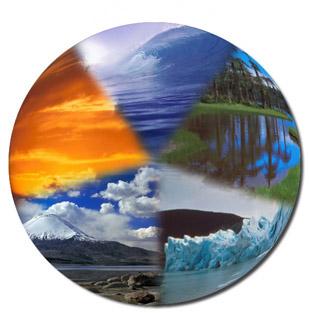 Bangladesh, Indonesia and Iran have been rated as the nations most at risk from extreme weather and geophysical events according to a new study ranking 229 countries on their vulnerability to natural disasters.

The Natural Disasters Risk Index (NDRI), released by global risks advisory firm Maplecroft, has been developed to enable businesses and insurance companies to identify risks to international assets. It is calculated by measuring the human impact of natural disasters, in terms of deaths per annum and per million of population, plus the frequency of events over the last 30 years. The methodology has been refined to reflect the likelihood of an event occurring and covers disasters including earthquakes, volcanic eruptions, tsunamis, storms, flooding, drought, landslides, extreme temperatures and epidemics.


There are 15 countries rated as “extreme risk” in the ranking, including N11 members Bangladesh (1), Indonesia (2) and Iran (3), with Asian heavyweights, India (11) and China (12) also in the highest risk category. These are the same countries that are projected to set leading growth trends amongst emerging economies, and which feature in the supply chains of many multinational companies.“Poverty is an important factor in countries where both the frequency and impacts of natural disasters are severe,” said Maplecroft Environmental Analyst, Dr Anna Moss. “Poor infrastructure, plus dense overcrowding in high risk areas like flood plains, river banks, steep slopes and reclaimed land continually result in high casualty figures.”Over the last 30 years Bangladesh has seen 191,637 deaths as a result of major natural disasters, with storms claiming 167,178 lives. Indonesia has lost 191,105 lives over the same period, but 165,708 of these casualties were caused by the tsunami in December 2004. Earthquakes are the major vulnerability factor in Iran where approximately 74,000 deaths have occurred as a result of seismic events.India is subject to a wide variance of events and has lost 141,961 of its population to major natural disasters since 1980, including 50,000 to earthquakes, 40,000 to floods, 15,000 to epidemics and 23,000 to storms. China has suffered more losses than India, with 148,417, but a high concentration of these occurred during the 2008 Sichuan earthquake where 87,476 people lost their lives.
“Due to climate change, extreme hydro-meteorological events are predicted to increase,” continued Dr Moss. “Business risks include damage to assets; interruptions to operations from the breakdown of infrastructure like transport and power networks; plus there can be devastating impacts on local workforces. This makes it essential that businesses plan for the possibility of a disruptive natural disaster.”According to Maplecroft’s results, it is not just developing nations that organisations need to have contingency plans for, as three G8 member states are rated as “high risk.” France (17) and Italy (18) are the most vulnerable countries in Europe; mainly because of the heat waves in 2003 and 2006 where over 40,000 people died, whilst the U.S. (37) is highly susceptible to hurricanes and storms, which have claimed 8,400 lives over 30 years. Japan (41), Germany (50), Russia (54) and Canada (107) are all rated “medium risk,” whereas the UK (111) is considered “low risk.”The NDRI is the central index of Maplecroft’s Natural Disasters series, which also includes the Geophysical Disasters Index, the Hydro-meteorological Disasters Index and the Natural Disasters Economic Losses Index. Data sources for the NDRI include EM-DAT: The International Disaster database, Centre for Research on the Epidemiology of Disasters, USAID’s Office of Foreign Disaster Assistance, World Bank and IMF.